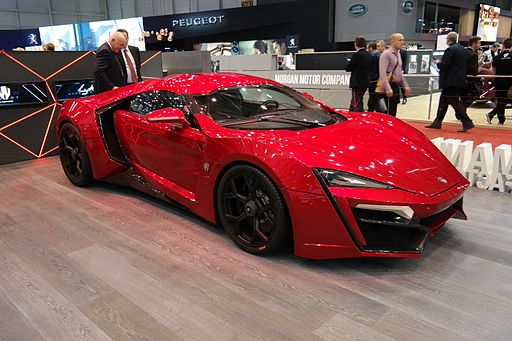 The car is powered with a 3.4 litre twin turbo flat six engine with 780 horsepower. The acceleration is very good, to 100 km/h it takes an amazing 2.8 seconds. I think that it is pretty good compared to a Lamborghini Veneno which takes 2.9 seconds. It is pretty close but the price and the engine are the biggest differences. The Lykan Hypersport costs $3.4 million, while the Lamborghini Veneno is $4.5 million (American).

About the interior, the insides of the Lykan are very elegant but also a bit race style. The seats inside this super car  have a carbon shell which most of the car is made of too. What is cool also, is that it has its own wifi so you can text or do whatever inside with your device. The car has super crazy LED headlights with diamonds embedded inside them. Have you seen this car? What was your response to being near it?

Overall, I think that this crazy supercar, the Lykan Hypersport,  is really awesome.

If you could have a dream car what would it be?

16 thoughts on “My Favourite Car”


adopt your own virtual pet!